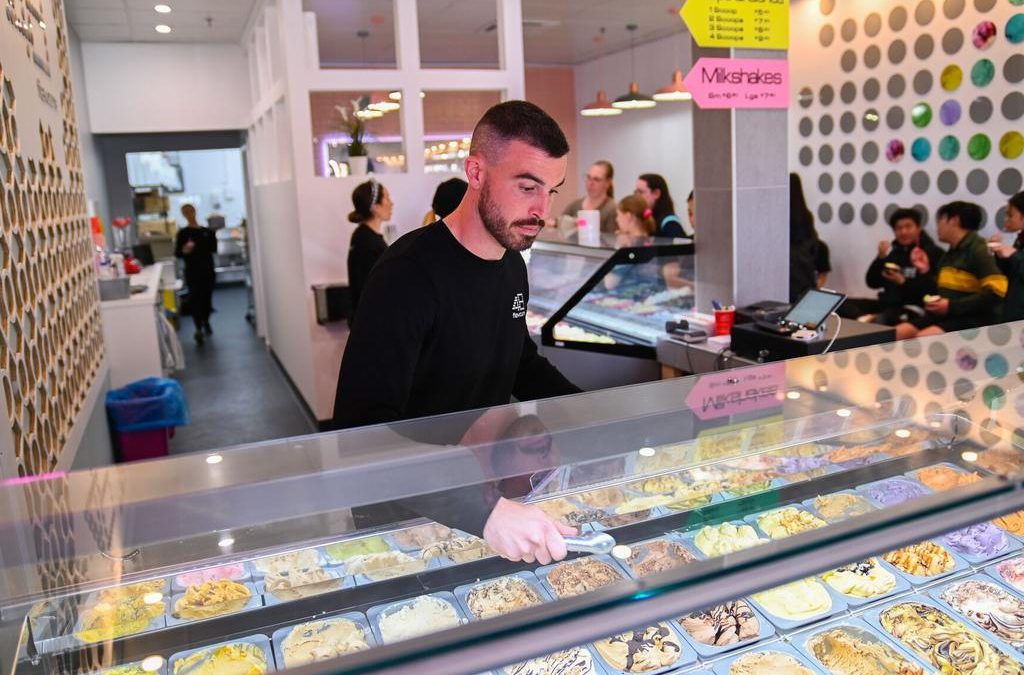 It is the third SA store to open, with others located in Gouger Street in the city and Trinity Gardens.

“I’ve been lucky enough to be a part of the 48 Flavours family business since our first store opened in 2014 and I’m really excited to see our third store open its doors,” said 48 flavours co-owner, and Brians’s daughter, Stephanie O’Donnell.

Despite the name, Brian says the store now has about 120 or 130 flavours.

Some flavours, such as the international award-winning pear, gorgonzola, organic fig and walnut are only available a few months of the year.

“Organic fig is only in season and accessible from January through until April,” Brian said. “So if we can’t do it properly, we can’t do it.”

Brian says 48 Flavours plans to expand to more stores soon – with Melbourne in its sights.

“We’ve got three happening now and they’re doing really well, so we’ll open a fourth one here and then we will do something in Melbourne and down the east coast,” he said.